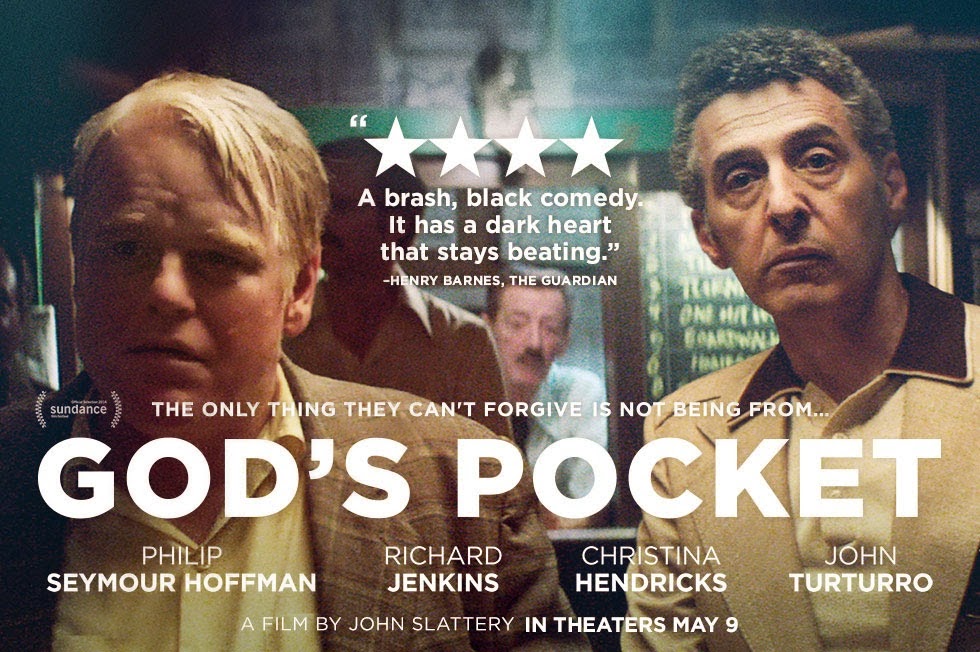 I recall when Philadelphia Daily News columnist Pete Dexter visited a neighborhood in South Philly in 1978 to follow up on a story. This was a tough neighborhood and Dexter brought along professional fighter Tex Cobb. (I briefly met Tex Cobb. He was a funny, tough guy with a lot of heart).

Dexter received a severe beating from the neighborhood guys. Cobb received a broken arm. Dexter got a novel called God's Pocket out of the incident.

Now there is a film based on the novel.

Tirdad Derakhshani at the Philadelphia Inquirer offers a review of the film.

It's hard to think of any compelling reasons to see God's Pocket, a messy, shallow, muddled morass of a Philadelphia crime story set in 1978 - except perhaps to check out its lovingly shot portraits of South Philly's wonderfully gritty streets, its familiar storefronts, and its parade of identical rowhouses.

But actor John Slattery's directoral debut disappoints even here: It was shot for the most part in Yonkers, N.Y.

Slattery told an interviewer at Sundance in January that South Philly today looks far too nice to work as the film's setting.

Hmph. (But thanks for the compliment).

God's Pocket is adapted from the book of the same name by former Daily News columnist Pete Dexter, and arrives 30 years after the events that inspired the story.

Which involved Dexter getting beaten half to death by a group of folks who didn't care for one of his columns - an incident inscribed in newspaper lore, in the legend of Dexter, in the city's own reputation for fight-town toughness.

Randall "Tex' Cobb, who accompanied Dexter on that night, and himself sustained a broken arm, later remarked that in Philadelphia "even the drunks punch in combination."