Review Of Alvin York: A New Biography Of The Hero Of The Argonne 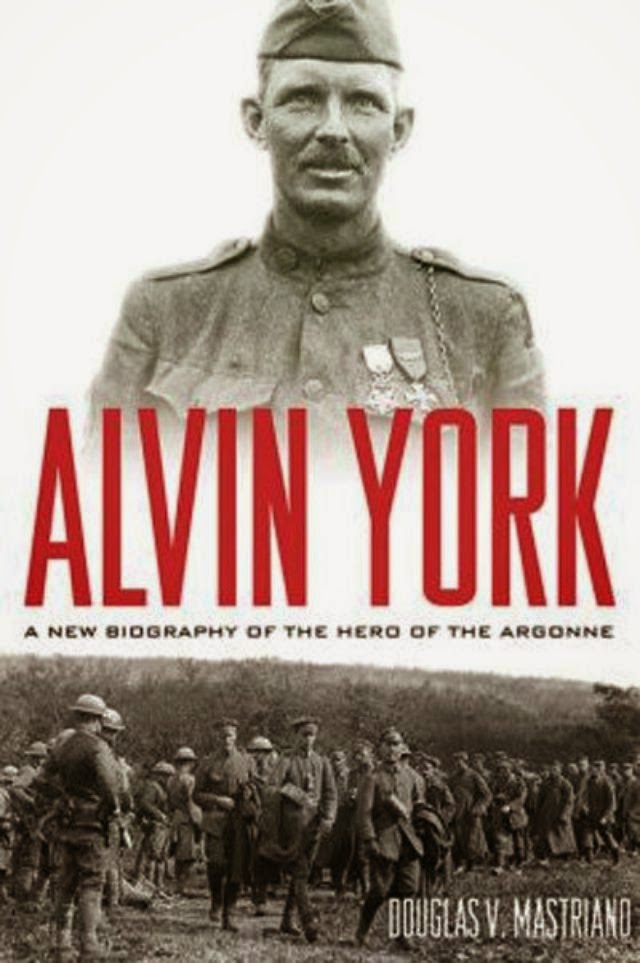 Veteran journalist and author Joseph C. Goulden offers a good review of Colonel Douglas V. Mastriano's Alvin York: A New Biography of the Hero of the Argonne in the Washington Times.

Those of us of a certain generation first became aware of the World War I hero via the 1941 movie, “Sergeant York,” starring Gary Cooper in the title role, for which he won an Academy Award. Even at age 7, sitting in a movie house in East Texas, I realized that Alvin York was a special human, both as a warrior who shot up a German machine gun nest and captured 132 prisoners, and as a decent man with devout religious beliefs.

In subsequent years, York was nitpicked by skeptics ranging from jealous colleagues-in-arms who had never liked the taciturn Tennessee country boy, to persons who scoffed at the audacity of a born-again Christian crediting God for bringing him through fierce combat unharmed.

Now, Col. Douglas V. Mastriano, a U.S. Army veteran of Afghanistan and Iraq, restores York to his rightful place in military history. His book is also a valuable depiction of how a created-on-the-fly Army entered battle during the war, a welcome addition to the flood of anniversary books gushing from publishers these days.

http://www.washingtontimes.com/news/2014/may/19/book-review-a-war-hero-who-lived-his-faith/
Posted by Paul Davis at 6:02 AM