What To Stream: "Robin And Marion" 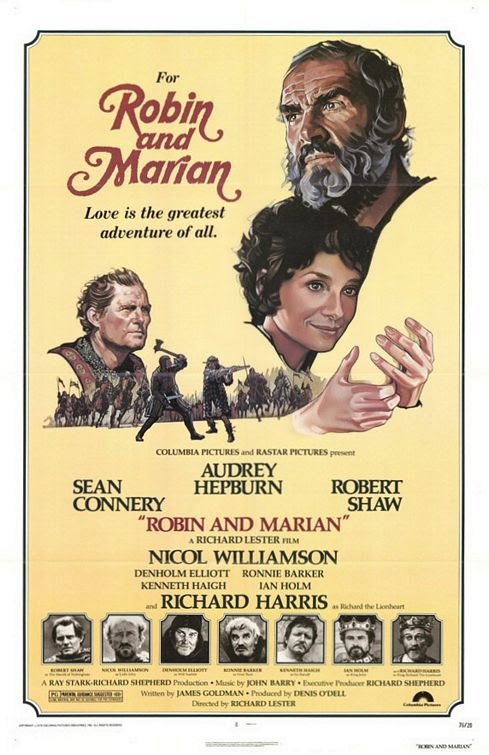 Richard Rushfield at yahoo.com offers a look back at a great film, Robin and Marion.

Starring Sean Connery and Audrey Hepburn, the film also features a good number of great supporting character actors, including Nicol Williamson (as a Little John who is smaller than Connery's Robin Hood), Richard Harris and Ian Holm - and the late great Robert Shaw.

Shaw portrays the Sheriff of Nottingham and he and Connery go round two (after their classic train compartment fight in From Russia With Love) in a great broad sword battle with each other.

The film is directed by Philadelphia native Richard Lester, who previously directed the Beatles in Hard Day's Night and Help!

Connery is superb as an older Robin Hood and I'd like to see the film again.

You can read the piece and watch a video trailer of the film via the below link: