Sherlock Holmes: Can A Fictional Man Be A London Icon? 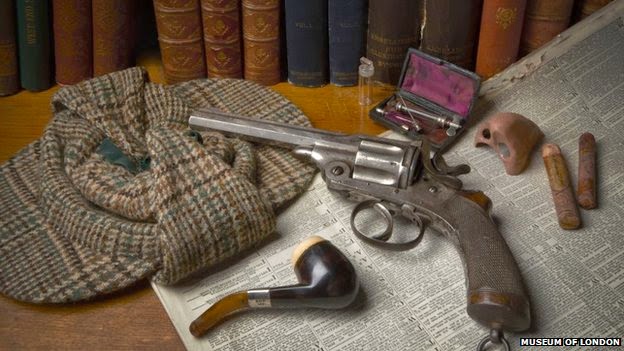 
"The air of London is the sweeter for my presence," Sherlock Holmes once said, and yet the detective never lived, nor died. He existed solely in our imaginations.

Now, the Museum of London is planning a new exhibition focusing on the detective, citing the creation of the author and medic Sir Arthur Conan Doyle as one of London's most "iconic" figures.

The museum says it will be the first time since the Festival of Britain in 1951 that there has been a major Sherlock Holmes exhibition.

It comes complete with artefacts which it is hoped will unpick the origins of the character and shine a gaslight on Victorian London.

"The main challenge was anything you select [for this exhibition] has nothing to do with Sherlock Holmes because he is a character, but on the other hand it has everything to do with him.