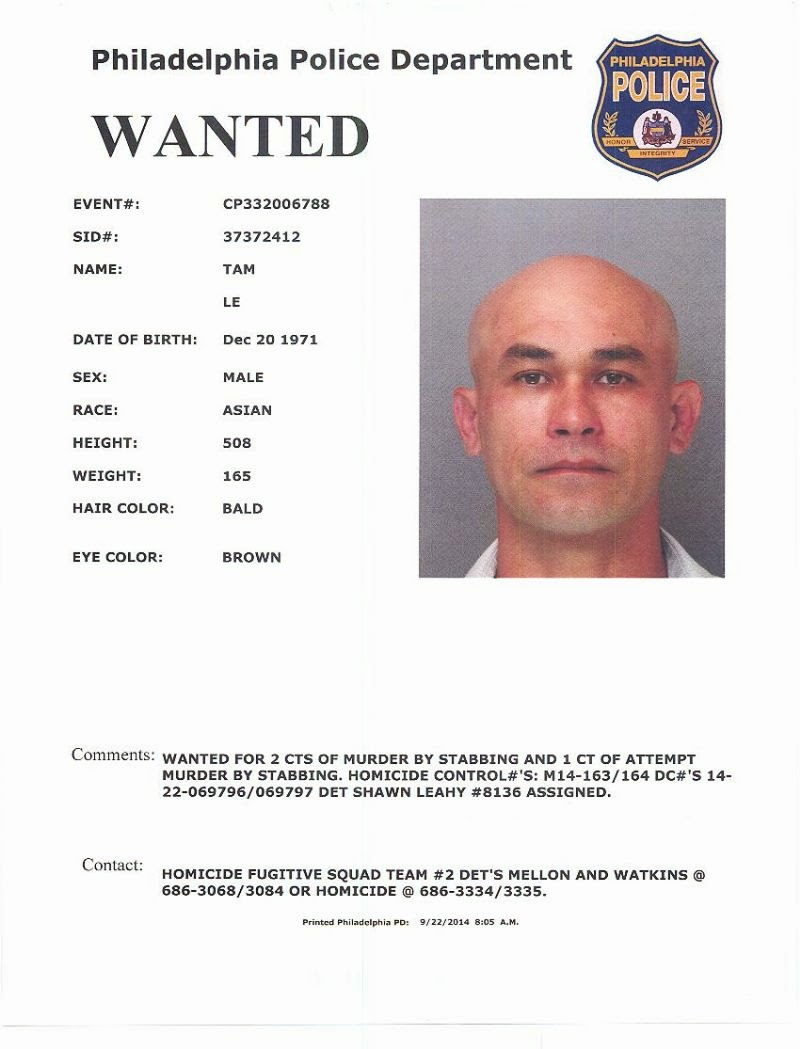 Aubrey Whelan at the Philadelphia Inquirer offers a piece on the capture of a fugitive wanted in the brutal murder of two men.


Tam Minh Le had been on the run since August - when the battered bodies of two brothers were found in the Schuylkill with their throats slit and their limbs bound with duct tape. By the time authorities searched Le's Southwest Philadelphia house and named him as a suspect in the killings, he was already on the move. For months, authorities probed his associates for information and chased leads across the country. And, officials say, even as U.S. marshals burst into Le's motel room in Virginia on Tuesday night, the alleged gang member tried one last time to slip from authorities' grasp. The marshals found him in the bathroom, trying to remove panels from the ceiling. But after a brief standoff, he surrendered.

http://www.philly.com/philly/news/20150115_Man_wanted_for_killing_two_men_by_the_Schuylkill_nabbed_in_Virginia_motel.html
Posted by Paul Davis at 1:06 AM