The World Of Raymond Chandler In His Own Words 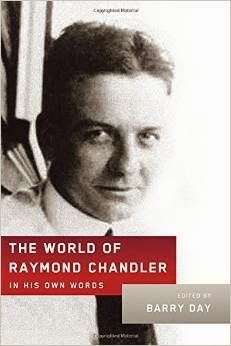 Allen Barra at the St. Louis Post-Dispatch offers a review of Barry Day's The World of Raymond Chandler In His Own Words.

With seven novels, a handful of stories, a famous essay on the American detective story (“The Simple Art of Murder”), and film scripts for Billy Wilder’s “Double Indemnity” and Alfred Hitchcock’s “Stranger on a Train,” Raymond Chandler may have had more impact on American culture with fewer words than any other 20th-century writer.

From the detective pulps of the 1920s and 1930s to film noir in the 1940s, Chandler gave vision to a new kind of American alienation embodied in his glamorous but empty Los Angeles.

Barry Day, who has done similar service on the works of Noel Coward and Dorothy Parker, has culled from “The Big Sleep,” “Farewell, My Lovely,” “The Long Goodbye” and other Chandler books as well as the writer’s voluminous correspondence to take us on a tour of Chandler’s sinister, neon-lit world.