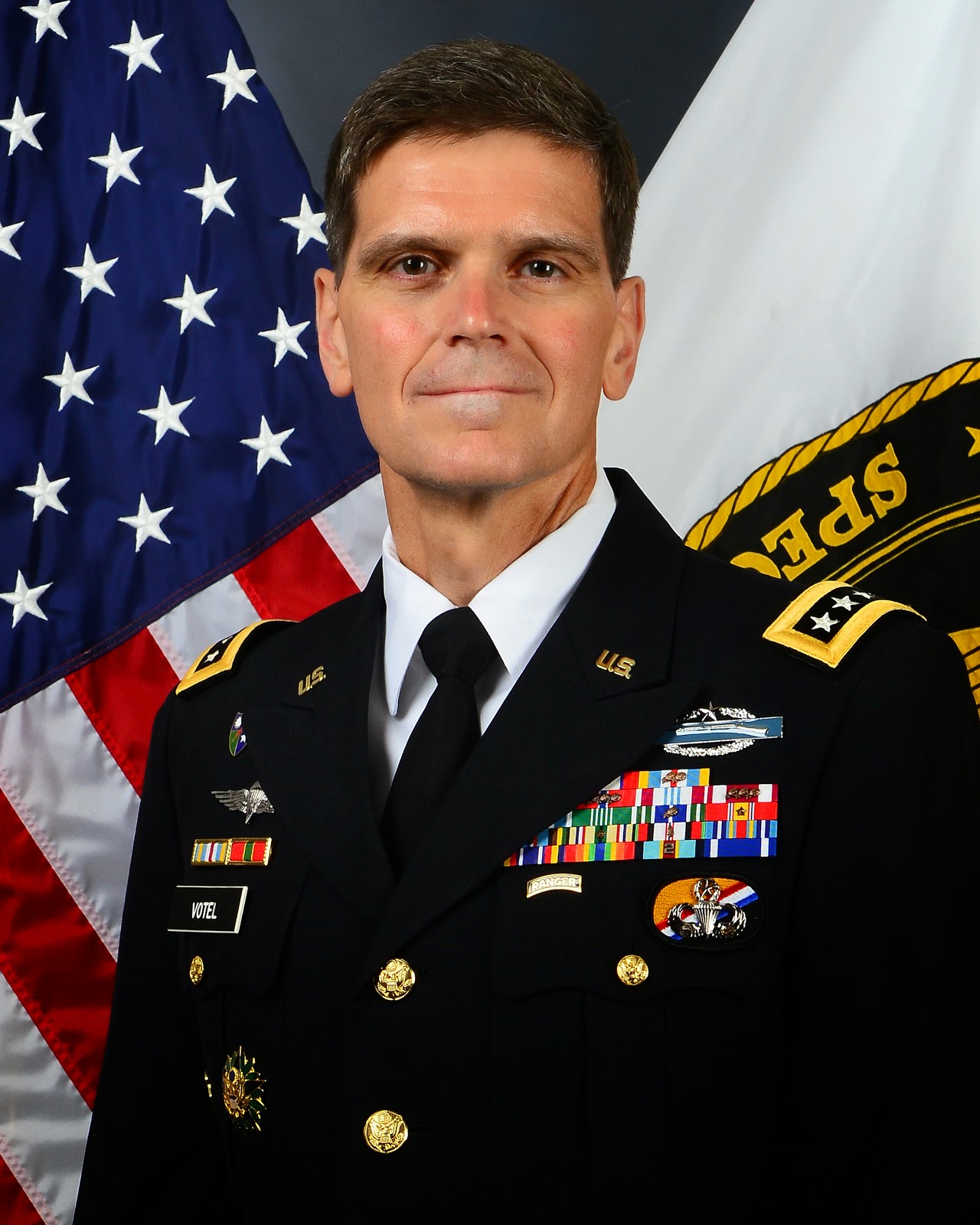 The commander of U.S. Special Operations Command left his Tampa, Florida, headquarters to journey to a snowy nation's capital to speak at the National Defense Industrial Association's Special Operations and Low-intensity Conflict Symposium.

"Our nation demands we have the people and capabilities to achieve success in the most pressing national challenges we face," Votel said. The command is prepared to offer options to U.S. leaders across the range of special operations missions, he added.

The command naturally has a global focus, the general said, but works with regional combatant commands to fill in the seams. He used the foreign fighter problem as an example, saying the number of foreign fighters going to Syria and Iraq to fight with the Islamic State of Iraq and the Levant is "staggering."

"More than 19,000 foreign fighters from 90 different countries have travelled to Syria and Iraq," he said. "Their ideology is overpowering."

ISIL Attracts Followers From Around the Globe

The terror group is attracting followers from around the globe, and the ISIL leaders are seeking legitimacy as a new caliphate, a form of Islamic rule. "Socom is playing a critical, leading role in pulling together our military efforts, both within the U.S. and with international partners -- for this global fight," Votel said.

The nexus of terrorism and transnational criminal networks concern the general, as does the rise of Boko Haram in Nigeria. The world's nations still are attempting to deal with the changes that arose from the Arab Spring, Votel said. "[And] a resurgent Russia is now employing coercive techniques against its neighbor using [special operations] forces, other clandestine capabilities, information operations, other cyber operations and groupings of ethnic proxies and surrogates to drive wedges into our key allies in East Europe," he added.

These threats and others have to be dealt with at a time when Defense Department funding is constrained, Votel noted, adding that any cuts to service budgets will adversely affect Special Operations Command and the capabilities needed to combat these threats.

One command priority is ensuring readiness, the general said. "This is about getting the right people with the right skills and capabilities now and in the future," he explained.

Communications remain a readiness priority, and Votel said he foresees a totally interconnected and networked force by 2020. "Like the threat networks we face, our unity of effort is directly correlated to our connectedness -- to information, to our partners and to the chain of command," he said.

Aerial intelligence, surveillance and reconnaissance systems remain a priority to the command as well.

Another command priority is focused months before the "tip of the spear" begins an operation, Votel said, as special operations forces are key to preventing conflicts. "It is about understanding the environment. It is about developing relationships. It's about informing our broader military activities. It's about building partner capacity and advising and assisting others so they can meet their own national objectives," the general said.

This is happening in Afghanistan, in Iraq, the Middle East and Africa, he said, and he cited the Philippines as a case in point. Special operators have been in the country since 2002, working with Philippine military and law enforcement personnel to counter the terrorist threat. This patient, small-footprint approach has paid dividends to the Philippines and to the United States, Votel said.

Continuing to build relationships is yet another priority for the command, the general said. "We must eliminate the institutional friction that exists between us and our conventional force, international, interagency and intelligence community partners," he said.

Socom has relationships with 60 countries around the globe, Votel said, adding that he would like to see that expanded and strengthened.

Special Operations Command must plan for the future, looking at all data to determine what is happening and what will be needed, the general said, noting that demographic changes, technological advances and even climate change must be thought through. This calls for critical and innovative thinking and communicating that thinking to the force as a whole, he said.

But most important, he said, is taking care of the command's people so they can take care of their mission.

"In the end, people are our credentials," the general said. "We must put their short- and long-term well-being, and that of their families, first."

The command will leverage every service program to ensure that special operators and their families are mentally, physically, socially and spiritually prepared for the challenges ahead of them, Votel said.

"They have kept faith with us, and we will keep faith with them," he added.
Posted by Paul Davis at 7:07 PM