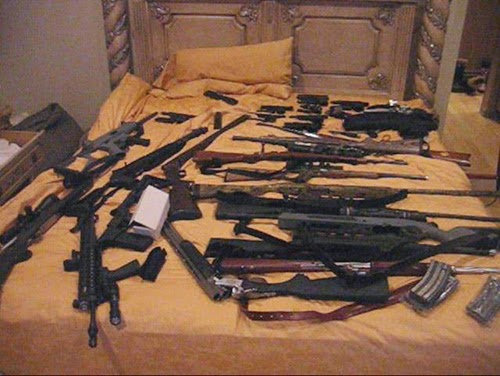 The FBI web site offers a piece on the fed's take down of an international organized crime group.

The investigation revealed that this street gang was actually an international organized criminal enterprise whose illegal activities ranged from bank fraud and identity theft to violent extortion and kidnappings. It also revealed that this enterprise victimized its own Armenian community in California. By 2011, we had enough evidence to charge 90 Armenian Power leaders, members, and associates in two separate indictments.

Of those 90 charged, 87 have been convicted, including one of the enterprise’s primary leaders—Mher Darbinyan—who was recently sentenced to 32 years in prison. (Of the three remaining indicted individuals, prosecutors dropped the charges against one, and the other two are currently fugitives.)

According to Agent Jeremy Stebbins, who worked the case out of our Los Angeles Office, “With the arrests and convictions of nearly all senior leadership of Armenian Power, we dealt a serious blow to their ability to continue to operate in the manner they were accustomed. We also sent a message to the Eurasian organized crime community that they are being targeted and watched.”