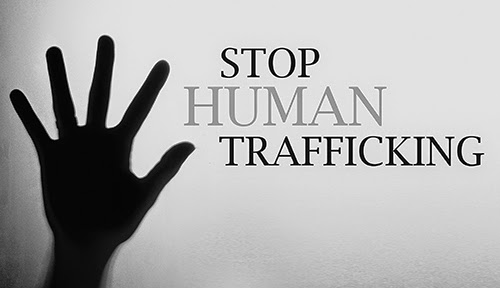 The FBI web site offers a piece on how the bureau dismantled a human trafficking ring.

The young Ukrainian men and women—many of them out of work and with few prospects—were promised good-paying jobs in the United States. But instead of living the American dream, they were thrust into a nightmare of violence, threats, and forced servitude.

For years, five brothers who ran a human trafficking organization victimized dozens of unwitting Ukrainians, underscoring the reality that modern-day slavery exists in the United States and around the world—and requires a strong response by governments and law enforcement.

In recognition of that fact, and to speak out for the victims, January has been declared National Slavery and Human Trafficking Prevention Month by the U.S. government. Human trafficking can take many forms, from forced servitude to sexual exploitation of children, and the FBI is fighting these crimes on every front.

The Botsvynyuk brothers created many victims. Based on trial transcripts and other public records, from approximately 2000 to 2007, the Ukrainians recruited their young countrymen to work in the U.S. in their businesses cleaning large retail stores at night. They promised good jobs, usually with salaries of $500 per month. The victims were told that room and board would be provided as well as all travel expenses. They were also told that they could earn $10,000 after two or three years of working.

Many of those who signed up for these jobs were uneducated and desperate for work. “They believed it would be a much better deal than what they had in the Ukraine,” said Special Agent Ned Conway, who has been investigating this case out of our Philadelphia Division for nearly a decade.