The Most Underrated Bond Movie: 'License To Kill,' 25 Years Later 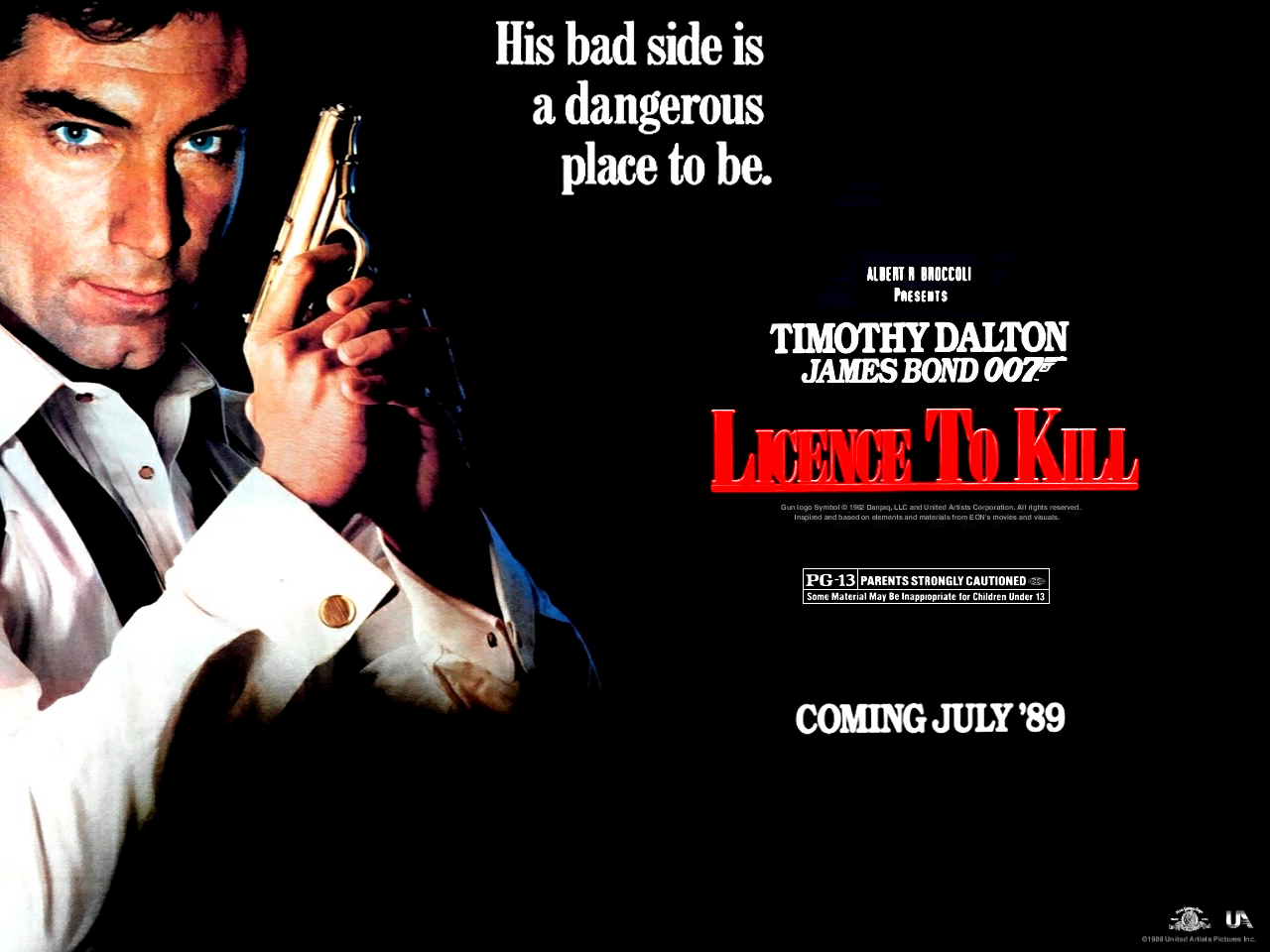 Back in July, Bob Sassone at Esquire.com took a second look at License To Kill, 25 years after the film came out.

When anyone makes a list of the best James Bond movies, you can be guaranteed of two things: One, Die Another Day will not be on that list (that damn invisible car! the CGI wave surfing! Madonna!). And two, Goldfinger, Casino Royale, and From Russia with Love will all be somewhere on almost every list. But one of the best 007 flicks hardly ever gets mentioned, and it's celebrating its 25th anniversary today.

License to Kill isn't actively disliked by serious Bond fans or even casual fans. Most would say they like it more than Timothy Dalton's debut as the secret agent, The Living Daylights (an okay but ultimately minor Bond film). But to many people it's "that movie that isn't like a real Bond film" or "the last movie that guy Dalton made." But here's the deal: It's not only better than some of the Pierce Brosnan Bond flicks, it's better than some of the Sean Connerys.

Note: I agree with Bob Sassone that License To Kill is one of the best Bond films.

Although I believe Sean Connery is the best Bond actor, in my view, Timothy Dalton is the second best actor to portray James Bond.

Dalton is a very good actor and he looks and acts like Ian Fleming's James Bond. I wish he had made more Bond films.

I like that in License To Kill the Bond film makers used the Florida bait shop material from Ian Fleming's novel Live and Let Die, which was not used in the Roger Moore film based on the thriller.

They even used Live and Let Die's dark, sarcastic note left by the criminals on Felix Leiter's torn and bloody body. He had been dropped into a shark tank and lost a leg and part of an arm to the shark's terrible bites.

"He disagreed with something that eat him," the note read.

I like Robert Davi as the drug lord villain in the film. Murderous, vicious and half-crazed, Davi is one of the best villains since the Sean Connery-Bond films from the 1960s.

The supporting cast is also very good, including the two women in the film, Carey Lowell and Talisa Soto. Both women offer strong performances as well as being very attractive.

The other good supporting cast includes Anthony Zerbe as a criminal associate to Davi, and a nasty young Benicio Del Toro as Davi's henchman. David Hedison portrays Bond's CIA pal, Felix Leiter, repeating the role he portrayed in Live and Let Die, and Desmond Llewellyn gives an expanded performance as "Q" as he aids Bond' in the field.

I agree that License To Kill deserves a second look.
Posted by Paul Davis at 4:11 AM