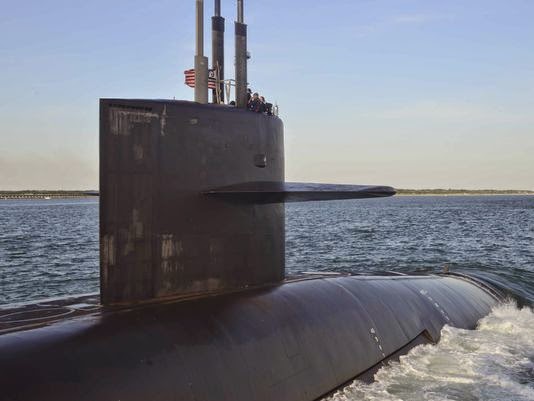 Meghann Myers at the Navy Times, an independant newspaper that covers the U.S. Navy, offers a piece on the Naval Criminal Investigative Service (NCIS) investigation of the videos taken of female sailors on a U.S. submarine.

A criminal investigation into the secret filming of women changing aboard a submarine and the distribution of the videos is complete, Navy Times has learned.

A Naval Criminal Investigative Service investigation into the filming of female officers in a shower changing area on the ballistic missile submarine Wyoming wrapped up this week, a Navy official said, and will be briefed to senior leadership in the coming days.

Once the report has been reviewed, there will be a recommendation for action, which could including disciplinary proceedings within the next few months.

The NCIS report follows a command investigation, which was wrapped up in mid-December. Between the two reports, Navy leadership will decide on consequences for those involved in the filming and distribution of the videos, which could come with criminal penalties for transmitting vulgar videos.