I Am Charlie: 100,000 French Citizens Rally In Support Of Satirical Newspaper Victims of Terrorist Massacre 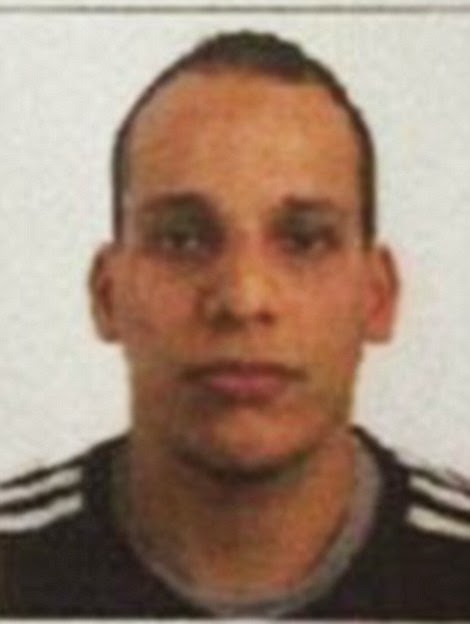 The British newspaper the Daily Mail offers good coverage of the attack on a satirical newspaper in Paris by Islamic fanatical terrorists.

Two brothers were tonight named as being among the suspects involved in a deadly terrorist attack on an anti-Islamist newspaper in France.

Said Kouachi, 34, and Cherif Kouachi, 33 (seen in the above photo), were identified along Hamyd Mourad, 19, with all three from the Paris commuter town of Gennevilliers.

At least 100, 000 people gathered across France tonight to back the Charlie Hebdo publication, as a huge manhunt was launched to find the attackers.

The suspected Al Qaeda militants massacred 12 people in Paris today - and among those slaughtered was a police officer as he begged for mercy. Tonight, thousands of people went to Republique Square near the scene to honour the victims, holding signs reading 'Je suis Charlie' - 'I am Charlie'.

You can check out the Daily Mail's news reports, photos and video via the below link: