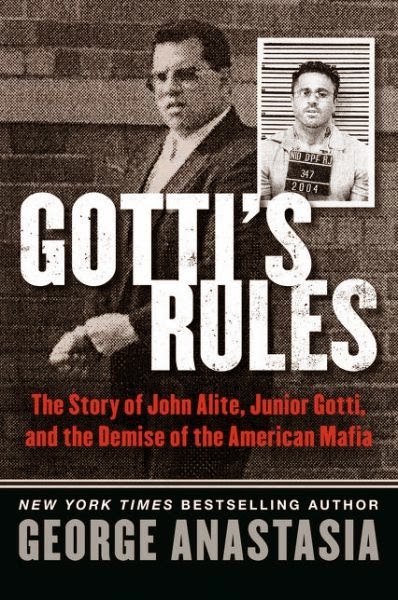 “Gotti’s Rules: The Story of John Alite, Junior Gotti, and the Demise of the American Mafia,” by George Anastasia, is Alite’s final revenge against Junior, an attempt to assassinate him in words.

Spilling family secrets to Anastasia is all Alite’s got left. He already tried to put Junior behind bars.

In 2009, Alite took the stand in the feds’ last attempt to nail Junior, this time on racketeering and murder conspiracy charges. Like the three trials that preceded it, this one ended with a hung jury.
But Alite, who has served time for a slew of crimes from two murders, eight shootings, home invasions and armed robberies, isn’t done with Junior.

In his book, Gotti comes across not just as a vicious criminal but as a coward who never really got how being a mobster worked.