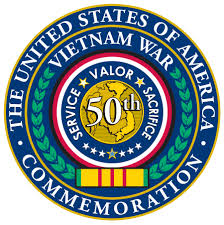 In December of 1970 I was an 18-year-old sailor serving aboard the USS Kitty Hawk on "Yankee Station," off the coast of Vietnam.

My older brother had been one of those soldiers in South Vietnam only a few years before.

I'm proud of my minor role in the war, as I believe we were fighting a just war against a fanatical and dictatorial communist government in the north and their Viet Cong surrogates in the south. That many thousands of Vietnamese "boat people" fled South Vietnam under God-awful conditions once the communists took over proves my point, I believe.

Although the U.S. military never lost a battle over company strength in more than 12 years of combat, the communists defeated the South Vietnamese in 1975 after U.S. combat troops had been withdrawn. In my view, it was a dark day in our history when we allowed the communists to take South Vietnam.

Still, one should honor the troops who served.

So I was pleased that the Defense Department, where I served as a civilian employee for 33 years after serving four years in the Navy, has a commemorative program honoring Vietnam veterans. 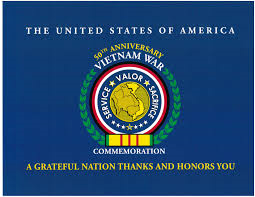 According to the Pentagon, the commemorative program will continue through 2025 and will include activities and ceremonies to achieve the below stated objectives:

You can also read two of my previous posts on the Vietnam War via the below links: