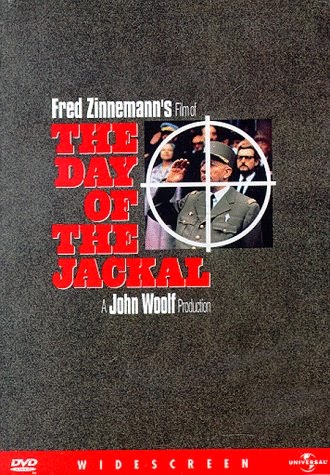 Frederick Forsyth spent the late '60s covering Nigeria's civil war for the BBC. In Biafra he encountered mercenaries, hired killers who terrified and fascinated him. "I heard some pretty miserable life stories, out of which came how to get a false passport, how to get a gun, how to break a neck," Forsyth recalled. In 1970 Forsyth returned to London with no job, no money or prospects - but plenty of stories.

In 1971, British producer Sir John Woolf presented Forsyth's manuscript to Fred Zinnemann. The legendary director of High Noon, From Here to Eternity, The Nun's Story and A Man for All Seasons was reeling after MGM cancelled his long-cherished project, Man's Fate. Zinnemann resented "lawyers and accountants...[replacing] showmen as the heads of the studios." Considering Jackal both commercially viable and challenging, Zinnemann signed on. 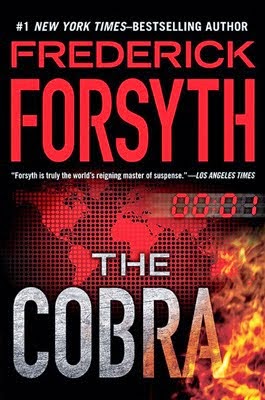 I’ve been reading Frederick Forsyth since his classic thriller The Day of the Jackal in 1971.


I like that Forsyth uses his skills as a journalist to infuse his thrillers with true facts and details about crime, espionage, terrorism and war. Forsyth also offers a good, thrilling and suspenseful story.

His new thriller, The Cobra (G.P. Putnam’s Sons), continues in that fine tradition.

“There are two ways of doing this job, a news agency bureau chief told me once,” Forsyth wrote in a piece called Behind the Story: The Cobra. “You can not bother and get it wrong, or take the trouble and get it right. In my office, we get it right.”
http://www.pauldavisoncrime.com/2010/09/on-crime-thrillers-frederick-forsyth.html
Posted by Paul Davis at 5:55 AM