Rayland's Last Stand: After The Sixth Season Of 'Justified' Debuts This January, It’s A Wrap For One Of Our Favorite TV Lawmen. 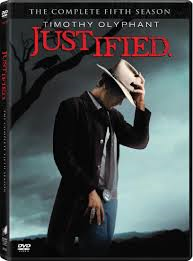 From the very start — to be precise, the first scene of the first episode — Justified promised to be a different sort of prime time crime drama.

Deputy U.S. Marshal Raylan Givens — smooth as silk, bold as brass — strolls onto the swimming pool deck of a swanky Miami hotel, takes his seat opposite a cocky mobster, and reminds the miscreant of a warning he issued the previous day: “You don’t get out of town in 24 hours, I’m gonna shoot you on sight.” The mobster proceeds to make two serious mistakes. First, he brushes aside Raylan’s threat. Then he tries to pull a gun. Raylan responds by shooting — once, twice, three times — leaving the mobster very seriously dead.

Even if Raylan hadn’t been wearing a cowboy hat and Lucchese boots — and even if audiences hadn’t already seen Timothy Olyphant, the actor perfectly cast as the deputy marshal, play a similarly lethal character in HBO’s Deadwood — the scene would have crackled with the potent intensity of a Wild West showdown. And that’s exactly what the series producers intended, to alert viewers right from the get-go that Justified was going to be a contemporary spin on the classic western, with a straight-shooting, wisecracking lawman as the steely-eyed hero of the FX network series.

Raylan Givens first appeared in two novels and a short story by the late Elmore Leonard, the celebrated crime fiction author who started out as a writer of westerns. While reconstituting the character for a weekly TV series, producer Graham Yost and his writing staff drew heavily on Leonard’s literature, and then added some embellishments of their own. In the world according to Justified, Raylan is a self-assured maverick who grew up in the hill country of eastern Kentucky. He turned his back on his roots and his criminally inclined father to pursue a career with the U.S. Marshals Service. But when his chronic use of deadly force — and his occasional issuing of death threats — displeased his superiors once too often, Raylan was reassigned to Lexington, Kentucky, in a district that includes his hometown of Harlan. 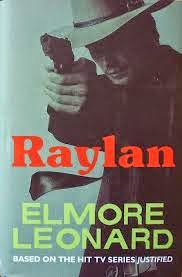