FBI: The Case Of The Stolen Stradivarius 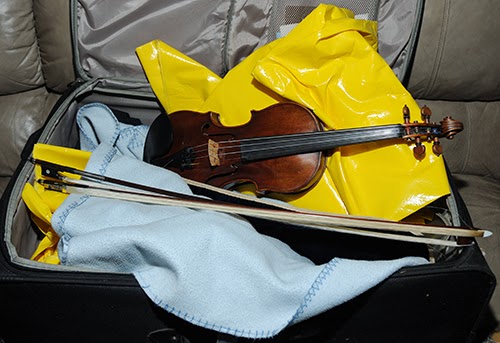 The FBI web site offers a piece on a stolen Stradivarius violin.

When a 300-year-old Stradivarius violin valued at more than $5 million was stolen from Milwaukee Symphony Orchestra concertmaster Frank Almond last year, investigators initially believed the theft may have been the work of sophisticated art thieves. The truth turned out to be much less glamorous.

Still, the tale of the theft and recovery of this rare instrument goes down in the annals of the FBI’s Art Crime Team as a one-of-a-kind case.

When Almond emerged from a back door of a concert hall at Wisconsin Lutheran College last January, where he had just performed, he was carrying the “Lipinski Strad”—made by Antonio Stradivari in 1715 and later named for the Polish violinist Karol Lipinski who played it. As Almond walked to his car, a man approached, pulled a Taser from his coat, and fired. With Almond temporarily incapacitated by the stun gun, the thief grabbed the Lipinski and fled to a waiting vehicle. Hours later, Milwaukee Police Department officers found the violin case discarded by the side of the road.

“There was an automatic assumption the violin would be traveling interstate and then most likely overseas,” said Special Agent Dave Bass, a member of the Art Crime Team in the Bureau’s Milwaukee Division.