They Shouted Out Names... Then Fired: Minute By Minute, How The Horror Unfolded In Paris Magazine Newsroom As Terrorists Slaughtered 12 Innocent Victims 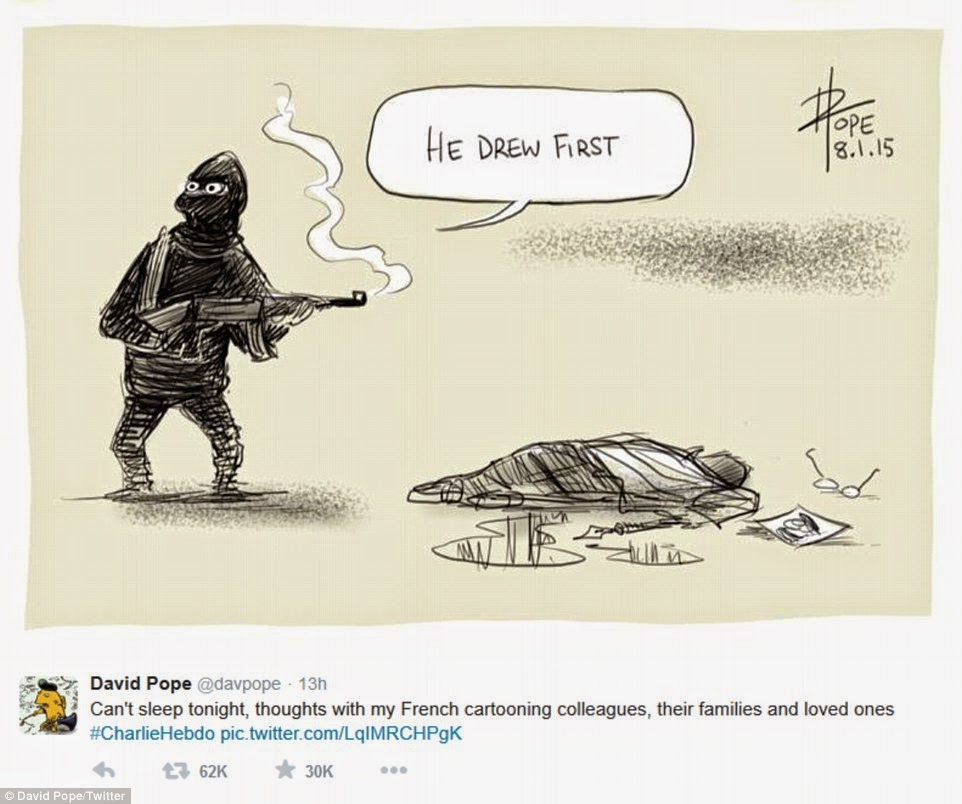 The British newspaper the Daily Mail continues to offer good coverage of the Paris terrorist attack.

Dressed from head to toe in black, two heavily armed gunman emerge from their small black Citroen at 11:20 am on a chilly and dry Paris Day.

One carries a rocket-propelled grenade launcher and both are armed with Kalashnikovs.

A third man is in the car. Having abandoned the vehicle in the middle of the tree-lined street, the pair make their way towards the door of No 6, Rue Nicolas-Appert.

'Is this Charlie Hebdo?' they scream at two unassuming maintenance workers. The men tell them the office of the satirical magazine is two doors down and the gunman move on, but not before shooting dead one of the workers - the first of their 12 victims.

You can read the rest of the piece, see the photos and watch the videos via the below link:

Note: The above cartoon was drawn by the Canberra Times' David Pope. I like to think that the murdered cartoonists would appreciate it.