Ex-Soviet Spy Lived Undercover Outside Philadelphia, According To '60 Minutes' Report 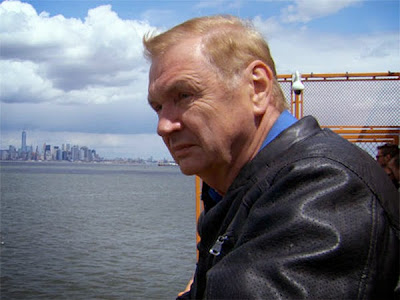 Tom Shortell offers a piece on a former Soviet spy who lived outside of Philadelphia in the  Philadelphia Inquirer.


A former Upper Mount Bethel Township resident admitted he led a double life as a Soviet spy for a decade in a segment of the CBS News program "60 Minutes" that aired Sunday night.

To most people, Jack Barsky was a well-to-do computer programmer and a married father of two living on Alleghany Road in the 1990s. In truth, he was an East German chemist who had passed as an American for 19 years before he was caught by the FBI in 1997. Despite admitting he spied for a foreign power, Barsky has never spent a day in a jail cell.

Barsky told "60 Minutes" that he was born Albrecht Dittrich and was recruited by the KGB in 1970. He moved to the Mount Bethel area in1995, according to records, and he likely would have disappeared into his cover if a defector hadn't tipped off the FBI of a spy named Barsky.

After a prolonged search, federal officials started spying on his Upper Mount Bethel Township home. Shortly after they bugged his house with hidden microphones, Barsky got into an argument with his wife and admitted he had been a spy. The FBI arrested him days later as he commuted home, according to the "60 Minutes" report.

You can read the rest of the piece and watch the 60 Minutes video via the below link:

http://www.philly.com/philly/news/Ex-Soviet_spy_lived_undercover_in_Upper_Mount_Bethel_according_to_60_Minutes_report.html
Posted by Paul Davis at 4:28 AM