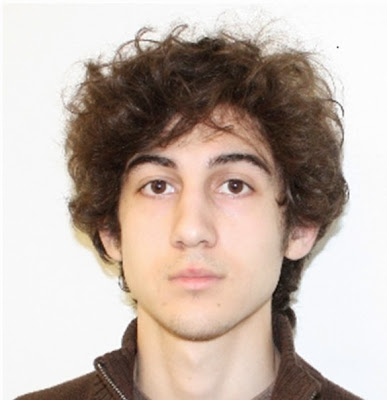 FoxNews.com reports that Dzhokhar Tsarnaev was sentenced to death in the Boston Marathon bombing trial.

Tsarnaev showed no emotion as he learned his fate. He stood with his hands clasped in front of him, his head slightly bowed. He faces death by lethal injection.

The 21-year-old faced the death penalty for his role in the April 15, 2013 attack in which two pressure-cooker bombs were detonated near the finish line of the Boston Marathon.

Note: The above photo of Dzhokhar Tsarnaev was released by the FBI.
Posted by Paul Davis at 5:07 PM