Interview With Stephen Hunter, Author Of 'I, Ripper' 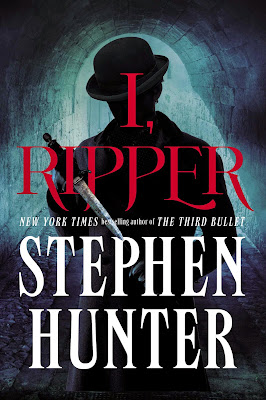 David Martindale at the Forth Worth Star-Telegram interviewed Stephen Hunter, author of the new thriller, I. Ripper.

Stephen Hunter, the author of I, Ripper, believes he has cracked the case.

He says his research into the infamous Whitechapel prostitute murders of 1888 enabled him to figure out the identity of elusive Jack the Ripper.

“It’s nothing forensic,” Hunter says. “But it’s a way of organizing the information that, as far as I can tell, is unprecedented. It’s a very provocative way of connecting the dots that I consider to be a valuable piece of intellectual property.”

Alas, I, Ripper isn’t the book that shares Hunter’s theory. This book is a bloody good thriller, however.
The Baltimore-based author puts readers inside the mind of the London serial killer by ghostwriting passages of Jack’s darkly detailed diary.

Hunter’s prose also re-creates the sites, the people and the vibe of dodgy Whitechapel so vividly that you’ll feel like you’re there alongside Jack — or shadowing Jeb, the newspaper reporter whose narrative is also showcased.

I, Ripper is distinctly different from Hunter’s usual work. He’s best known for his bestselling series about Marine sniper Bob Lee Swagger, the Gun Whisperer. But it’s a gripping read and quite possibly the best book he has written.

We chatted with Hunter about Jack lore and I, Ripper. You can read the interview via the below link: http://www.star-telegram.com/entertainment/books/article21471951.html