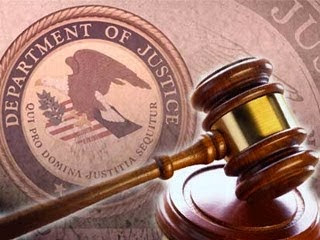 A former PPG Industries, Inc. employee has been arrested and charged in federal court in Pittsburgh with theft of trade secrets, U.S. Attorney David J. Hickton for the Western District of Pennsylvania announced today.

“Theft, whether hands-on or through cyber intrusions, diminishes our competitive edge in technology and product development and deprives our citizens of economic opportunities,” stated U.S. Attorney Hickton.  “We will aggressively pursue intellectual property theft regardless of who commits the crime.”

The criminal complaint alleges that Rukavina retired from PPG in July of 2012.  As early as June 2014, Rukavina passed proprietary and confidential information to J.T.M.G. Co., a glass company based in Jiangsu, China, that specializes in automotive and other specialty glass.  The trade secret information he passed included PPG’s manufacturing specifications for windows, which are made of synthetic plastics and used for high-speed transportation, including airplanes.

The defendant was arrested yesterday and made an initial appearance today before federal magistrate Judge Cynthia Reed Eddy.   He was ordered detained pending a formal detention hearing scheduled for Monday, May 11, 2015.

The law provides for a maximum total sentence of up to ten years in prison, a fine of $250,000, or both. Under the federal sentencing guidelines, the actual sentence imposed would be based upon the seriousness of the offense and the prior criminal history, if any, of the defendant.

A criminal complaint is only a charge and is not evidence of guilt.  A defendant may not be prosecuted unless, within 30 days, a grand jury has found probable cause to believe that he is guilty of an offense.

Assistant U.S. Attorney James T. Kitchen is prosecuting this case. The Federal Bureau of Investigation conducted the investigation that led to the complaint charging Rukavina.
Posted by Paul Davis at 12:04 PM