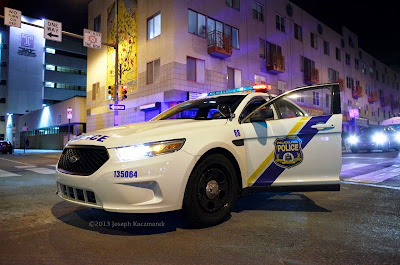 Perry Chiaramonte at FoxNews.com offers a piece on the "War On Police."

Police throughout the nation say they fear a growing anti-cop sentiment driven by a handful of racially-charged incidents is making their jobs more dangerous on the streets, where the number of officers killed in the line of duty is rising sharply.

High-profile cases involving police and black suspects from Missouri to Baltimore have prompted intense criticism of law enforcement, from not only activists but the media and even the White House, leaving law enforcement officers alienated and angry, say cop advocates. And the protests, rioting and federal investigations come even as the job of keeping Americans safe has become more dangerous.

“Nobody goes into law enforcement wanting to be hated," David Cruickshank, a Connecticut police officer and CEO of the Law Enforcement Research Group, told FoxNews.com. "Most get into this line of work for their love of their community.”

Cruickshank and other law enforcement advocates worry that what they see as an anti-cop climate is killing morale in police departments of every size.