Once N.Y's 'Prince Of The City,' Robert Leuci Found True Calling As Writer In R.I. 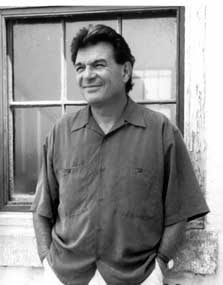 Andy Smith at the Providence Journal offers a piece on Robert Leuci.

But for some, he'll always be the Prince of the City, the corrupt cop who ultimately decided to expose the rot within law enforcement. In 1978, retired New York Deputy Commissioner Robert Daley told Leuci's story in his book "Prince of the City." In 1981, Sidney Lumet adapted the book into a movie of the same title, starring Treat Williams.

He looks back at his former self with mixed emotions, at best: "I have no respect for that character," he said. "There's no excuse for some of the things I did in those days ... I have five grandchildren now. They're going to read about the guy who was a corrupt cop in his day." But Leuci identifies not as a cop, or an ex-cop, but as as a writer.

You can also read my interview with Robert Leuci via the below link:

http://www.pauldavisoncrime.com/2009/05/once-prince-of-city-interview-with.html
Posted by Paul Davis at 12:39 AM