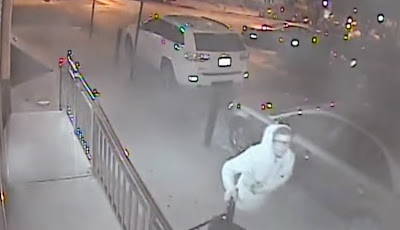 A while back I wrote a magazine piece on surveillance cameras and I interviewed a Philadelphia homicide detective who told me that the first thing the detectives do when they come upon a crime scene is to look around for cameras.

You can view the police video tape via the below link to Philadelphia magazine: 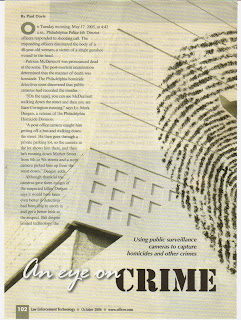 You can read my magazine piece on surveillance cameras via the below link:

http://www.pauldavisoncrime.com/2012/12/an-eye-on-crime-how-cameras-aid-police.html
Posted by Paul Davis at 12:02 AM