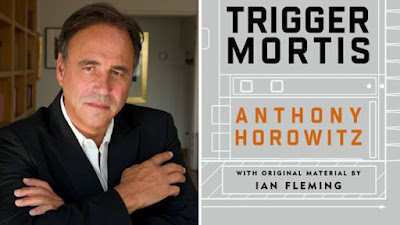 The bestselling author has revealed his new 007 adventure begins in 1957, two weeks after the end of Fleming's original novel Goldfinger.

The book, out on 8 September, is set against the backdrop of the Soviet-American space race.

Trigger Mortis will begin with an original Fleming idea - a motor racing scene written for an unmade TV series.

Horowitz said: "It was always my intention to go back to the true Bond, which is to say, the Bond that Fleming created and it was a fantastic bonus having some original, unseen material from the master to launch my story."