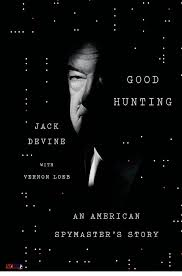 Devine's publisher, Macmillan, offers the below:

Jack Devine is one of the legendary spymasters of our time. He was in Chile when Allende fell; he ran Charlie Wilson's war in Afghanistan; he had too much to do with Iran-Contra for his own taste, though he tried to stop it; he oversaw the effort to run down Pablo Escobar in Colombia. Devine served America's interests for more than thirty years in a wide range of covert operations, ultimately overseeing the Directorate of Operations, a CIA component that watches over thousands of American covert operatives worldwide.

Good Hunting is his guide to the art of spycraft, told with great wit, candor, and commonsense wisdom. Caricatured by Hollywood, lionized by the right, and pilloried by the left, the CIA remains one of the least understood instruments of the United States government. Devine knows more than almost anyone about the CIA's vital importance as a tool of American statecraft. In wonderfully readable prose, Good Hunting aims to set the record straight. This is a revelatory inside look at an organization whose history has not been given its real due. 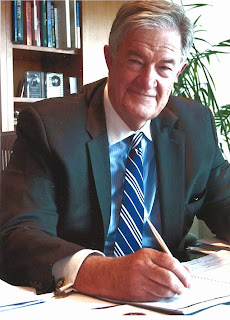 Jack Devine (seen in the above photo) is a thirty-two-year veteran of the Central Intelligence Agency who served at the pinnacle of his career as the CIA’s top spymaster—Acting Deputy Director of the CIA’s operations outside the United States, in which capacity he had supervisory authority over thousands of CIA employees involved in sensitive missions throughout the world. He is also a founding partner and the president of the Arkin Group, an international risk consulting and intelligence firm. He lives in New York City with his wife, Pat.

Note: My interview with Jack Devine will appear in the next issue of The Journal of Counterterrorism & Homeland Security International.
Posted by Paul Davis at 7:29 PM