Proof Snowden Leaks Crippled War On Terror: Al Qaeda Groups Now Use New Codes, Jihadis Sent Out Tips To Avoid Surveillance And Spying Operations Had To Be Called Off 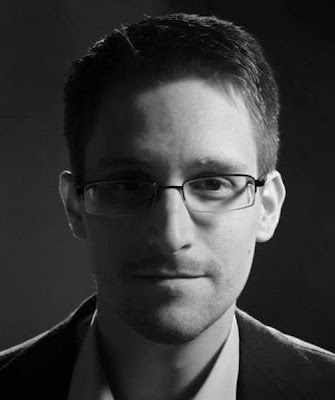 Ian Drury and James Slack at the British newspaper the Daily Mail offer a piece on how traitor and spy Edward Snowden's leaks to the press aided the terrorists.


Edward Snowden's intelligence leaks have crippled Britain's ability to fight terrorists, a major study confirms today.
Extremists, including those from Islamic State, have seized on the fugitive traitor's revelations and now use them to learn about spy agencies' techniques – making it easier for them to avoid detection, the report says.
Snowden's theft of 1.7million classified files from GCHQ and the US's National Security Agency has therefore had a 'profound impact' on the agencies' ability to tackle jihadists.
You can read the rest of the piece via the below link:
http://www.dailymail.co.uk/news/article-3096737/Proof-Snowden-leaks-crippled-war-terror-Al-Qaeda-groups-use-new-codes-Jihadis-sent-tips-avoid-surveillance-spying-operations-called-off.html
Posted by Paul Davis at 2:53 PM